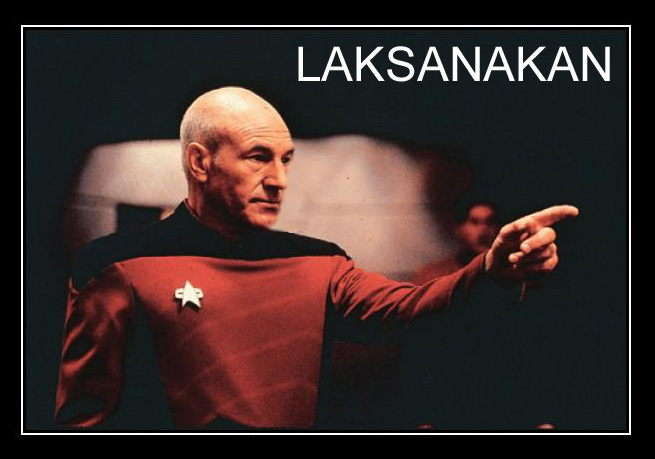 Like pretty much everyone in Indonesia I watch a lot of subtitled television. Most of it is in English with Indonesian subtitles but occasionally I stumble across something more exotic. My semi-regular indulgence is when the boys go to sleep and I’m alone in the living room. That’s when I get to watch my favourite Latin American soapies or telenovelas.

My favourite is Corazon Indomable (Wild at Heart) from Mexico. I get to listen to Spanish and read the Indonesian. It’s like eating a fluffy pavlova with some salsa on top, and sambal on the side.

But, more often than not, I’m reading Indonesian subtitles for an American show and this has helped me somewhat in my language acquisition. Not, I have to say, as much as actually talking to people, but seeing the same words used over and over has aided my memory.

One word I would never have learnt were it not for subtitles is astaga. Many exclamations and expressions of surprise – Good heavens! Crikey! and so on – are translated as astaga! But I have never ever heard someone use this in real life. I feel like I’m on an Indonesian sinetron (soap opera) myself when I use it so I tend not to. 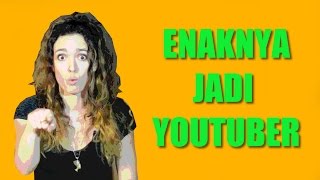 Check out the very funny How to Act Indonesian – 5 signs it’s a sinetron to get an idea of what a sinetron is like.

Adil is another word I’ve learnt from the subtitles. It means fair. And the phrase ‘it’s not fair’ must get used a lot in American dramas as I’m pretty familiar with its equivalent, tidak adil. This phrase I count as a useful acquisition.

Brengsek is just about the closest thing to a swear word that I know in Indonesian. I think it’s my gender, maybe my age, and certainly the circles that I mix in, but I don’t seem to be picking up swear words. Brengsek means jerk so I occasionally use this when there’s a particularly good example of mindless motorbike riding right in front of our car.

I can’t leave out sial though. It’s the word that is used in subtitles whenever people swear in English. Damn, drat, shit all translate as sial. Do people actually use it? Not that I’ve heard. It means unfortunate.

Another word I have to thank American TV for is laksanakan. We grew very fond of this phrase through watching Captain Jean-Luc Picard of the starship Enterprise point to the monitor and say … laksanakan (see image at top). That’s a rough translation of make it so, in case you don’t remember. For a while my husband got a kick out of jumping in the car and saying to our driver: ‘The office! Laksanakan!’ Sadly other people just looked at him strangely if he said it and it hasn’t caught on. Not surprising when you realise it also translates as implemented. Now that’s an English word lacking romance.

I haven’t even started on the staggering eccentricities of pirated DVD subtitles. Sometimes they seem to belong to another movie altogether. And often everything is literally translated including names like Pat and Bob.

As I’m still trying hard to improve my Indonesian, every bit of Indonesian language around is useful, even if I do have to be careful before I start talking like subtitles.

What words have you learnt from television subtitles?