Indonesian has had numerous promotions by successive Australian governments to encourage more students to study this language. It was given extra funding in the 1980s and identified as a ‘priority’ language back in the 1990s. This has included incentives for teachers to gain an additional qualification to teach Indonesian in the 2000s. And in 2014, Indonesian was the second language after Chinese to have a flash new resource, the Language Learning Space, developed for teachers.

But despite being identified over and over again as an important language for Australians to learn, the study of Indonesian is in decline in Australia. An intervention was even called for in the 2010 report The Current State of Chinese, Indonesian, Japanese and Korean Language Education in Australian Schools Four Languages, Four Stories.

This report is referred to in the brand new and still not quite official Australian Curriculum for Languages: Indonesian (February 2014) which, among many other things, has a good overview of the study of Indonesian in Australia. Figures quoted in both these publications date from 2008 on the most part.

So, what is the state of Indonesian study in schools in 2008?

Most Indonesian students are found in primary schools

Most secondary Indonesian students are beginners

Year 7 Indonesian is, more often than not, the first time high school students are learning Indonesian. Even if they have studied in primary school the chances are not great that they will go to a school which also teaches Indonesian. And in that school, if most students are beginners, they may not be able to run an additional stream of Indonesian that is for continuing students.

Not many study it at a high level

Only about 1 per cent of Indonesian students are learning it in Year 11 or 12. So not surprisingly, anecdotally it seems that most students learning Indonesian in university are also beginners.

Numbers of students learning Indonesian in 2008 are double those back in 1994, but that doesn’t tell the whole story. From a peak in 2000 of around 260,000, around 10,000 less students have studied the language each year since 2005. This is matched with schools dropping the program as well.

So, retention is low. Let’s place this in the wider context.

Only a small proportion of school students study languages at any point in their education which is a challenge that all proponents of language study have to face. Indonesian is the third most taught language in Australian schools. But still only 5.6 per cent of the total student population studies Indonesian.

Unlike 163 other countries in the world that have more than one official language, Australia is a firmly monolingual country. There are isolated pockets of bilingualism – think Vietnamese and Italian in parts of Melbourne, Arabic and Chinese in parts of Sydney, but we are pretty hopeless when it comes to learning other languages.

All governments seem to agree that more language learning is important for Australia. The latest government has acted by increasing the numbers of language curriculums from 11 to 16 and adding, among others, Latin and Classical Greek. Will this help all languages though? Or spread resources more thinly for ‘priority’ Asian languages such as Indonesian? If the aim is to encourage more students to take a language in Year 12 by offering more choice of language, I’m not convinced this strategy will work.

So send them to Asia

The other publicised move by this present government is the New Colombo Plan which aims to send thousands of Australian undergraduate students to Asian countries as part of their degree. As the Vice Chancellor of Sydney University points out, we can’t send them with no language training or cultural awareness skills. So will this plan (planned to last at least five years) be an incentive for high school students to study an Asian language? It remains to be seen. 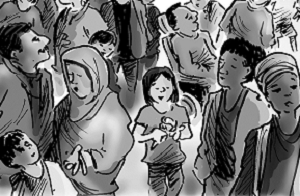 One encouraging example is that of a NCP scholar training at Sanata Dharma University in Yogyakarta to become an Indonesian teacher on her return to Victoria. More examples like her could naturally lead to more high school students wanting to take the language in order to have this travel opportunity in front of them.

Even with the figures of schools with Indonesian programs we can’t be sure all these students were learning the language per se. In 2007 there were 306 primary schools with programs in Indonesian in Victoria and NSW. But it is suggested that a third of those might have included Indonesian in language and cultural awareness studies, rather than classes that aim for language proficiency.

The Australian Curriculum promotes language study be done through an intercultural focus. This raises questions like, ‘will students be actually learning the language or just about the culture?’ Give it a few years and I’m sure there’ll be a study that will say, but there is a lot of good stuff to say about the Australian Curriculum – enough for a separate article at least.

Do we know what is being taught?

Short answer: no. The Four Stories report recommended researching primary Indonesian programs to find out the conditions of the program, quality of teachers and what learners were achieving. Why? Because that information just isn’t known. Even quantitative data on Indonesian study “is often inconsistent and in some cases difficult to obtain.”

This is where the Australian Curriculum is so valuable. It has a wealth of information about what should be taught and recommends tools and resources to use. It also specifies what learners should be able to do in the language year to year in terms of achievement level.

And finally, how about the global context?

Australia is, according to the Four Stories report, the only Western country to support the teaching of Indonesian in schools. That makes Australia very significant in terms of pedagogy and providing an example to other countries.

But Indonesia itself may be stepping up more to promote its language outside of its borders. Unlike Chinese with the Confucius Institute, French with the Alliance Francaise, Italian with the Istituto Italiano di Cultura and so on, Indonesia has no funded institution devoted to promoting its language and culture overseas.

There are rumours that Indonesia will open a Balai Bahasa Indonesia in Australia which would be a huge boost to the language in Australia. The two BBIs in Australia that exist in the ACT and Perth were founded independently and do great work promoting the language and developing ties between the two countries.

If you’re an Indonesian teacher, what’s your reaction to the Australian Curriculum? Are you positive about the outlook for Indonesian study in Australia?