Your tribe might be in the suburb where you live, or might be online. Wherever and however you do it, surrounding yourself with people working on similar projects and with similar interests will support and inspire you with your own work.

This year has started well. It’s only the second week and I’ve already found some great groups that are going to help keep me motivated and positive when my confidence flags. When I hear the voice inside me telling me to give up, you’re no good anyway, why bother, I know I will have places to turn to for inspiration.

If you’re in any way, shape or form interested in yoga, then this 21-day challenge from Wanderlust could be for you. A daily video of about 20 minutes that you follow at home at any time. It starts tonight and is run by Schuyler Grant. My yoga teacher, Jolie Manza, said Schuyler helped her fall in love with yoga in a whole new way when she was living in NYC. That was enough for me and I have signed up! Plus Wanderlust – pretty fun mob.

If you live in Australia then MEGA is worth looking into. Standing for Mums Exercise Group Australia, there are tens of thousands of members over about 13 cities running all sorts of exercise and fitness classes – almost all for free. If you’re in Canberra, join the local MEGA on Facebook. I’m going to keep teaching a free child-friendly yoga class once a week when school goes back. It’s a great way to keep my mind focused on doing yoga and forces me to keep up my practice while I work on how to take my teaching to the next level.

And I’m also determined to try as many local yoga classes as I can. I found out today that my work has yoga on Thursday lunch times. Who knew!? So, I’m definitely feeling there are opportunities out there just waiting for me to find them.

If writing is your thing then you might want to check out Storystorm. 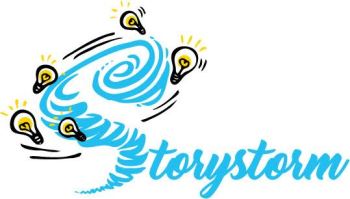 Formerly known as Picture Book Idea Month (PiBoIdMo) it has changed its name and broadened its focus. Simply, register on Tara Lazar’s website and commit to coming up with an idea for a story every day. Could be a novel idea, or a picture book or a chapter book. Write it down, then at the end of the month sign the pledge and you’re up for some prizes. And it’s free. Talk about a great way to get inspired! Tara has some fantastic writers sharing stories about their writing life and tips.

Another group that I’ve joined for the third year is the 12 X 12 picture book writing challenge. It’s an online group with mostly North Americans as members and the idea is to write a picture book manuscript every month for 12 months. I haven’t quite managed this the first two years but I’m planning to do better this year. You can still join and, while there is a cost, you get valuable lessons on craft, writing, submissions, voice, research and much more. Mostly through webinars but the forums are great too. Julie Hedlund who runs it is wonderful and is very open about her own struggles with getting published .

I’m also hoping to get along to as many local writing events as I can this year. I went to two fabulous SCBWI events last year, including the national conference which was amazing. SCBWI also helps put children’s writers in touch to form critique groups and I’d love to find a new critique group to join.

I will also plan to make it to the Noted festival which last year was small, low key and a really fabulous way to meet some local authors and buy direct from the creators. Best colouring book ever by Paul Summerfield. My kids are huge fans now. I’ll try to get to some more workshops run by the ACT Writers Centre. They are brilliant at supporting local writers and there are some very talented people around to learn from.

It looks like a great year ahead! I hope it is for you too.